Sonnet: Talking on the phone to the mother of two pre-schoolers 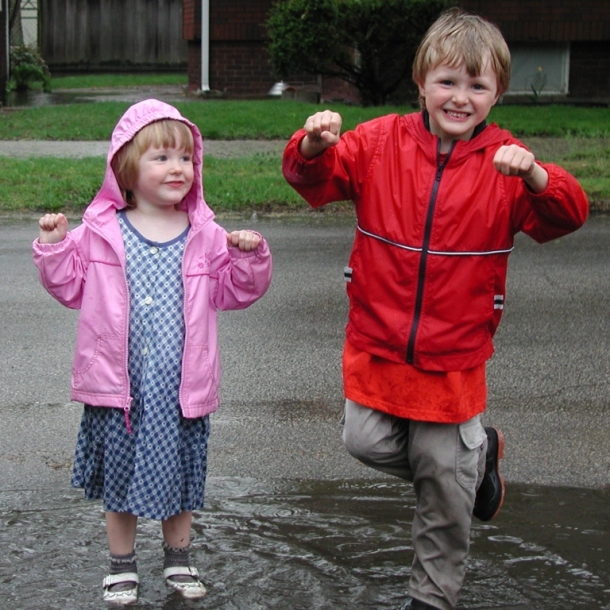 Written with the greatest admiration for anyone who works at home looking after small children. How y’all get anything done is a minor miracle. Apart from, you know, EVERYTHING which you somehow squeeze into those odd 30-second snatches of free time.

Sonnet: Talking on the phone to the mother of two pre-schoolers

…so maybe we could all do a picnic
next Tuesday, unless Lauren has a thing
(don’t put that there). Let me give you a ring
when Jack gets up from his nap – he was sick
yesterday at church, you know. (Do NOT pick
at that scab). (Tomato juice). What? Oh, bring
him over, sure. He can practice climbing
the back steps. (Don’t hit Rufus with that stick).

Books? Are you kidding? Like ones with a plot?
(That’s beautiful! Don’t lick your brother’s nose).
By now I’d gladly trade everything by
Anne Tyler for a shower alone. Not
even with Brad Pitt! Ha ha…. that just shows
why I got him fixed! (Pickles). Oh Lord – bye!

The shepherds on the trolley

In the midst of all the holiday rush this week, there was an amazing story in our local paper about a woman who gave birth to her baby while on the local interurban trolley. Musing about this story, I pieced it together with a fragment from Philip Larkin’s poem “Days” in the form of a glosa.

The shepherds on the trolley

Ah, solving that question
Brings the priest and the doctor
In their long coats
Running over the fields.
[Philip Larkin]

A girl gave birth in Goshen
on the trolley yesterday
right outside the courthouse.
She said nothing like this
had ever happened to her before,
and to be fair, it was unusual
for all the other passengers as well.
But why on earth was she giving birth alone
in front of that grand governmental bastion?
Ah, solving that question

could drag a friendly conversation
into politics or sociology
all of the dark arts broken free from
anchors in reality. She must have been
on drugs or didn’t use protection.
We raise the dreaded specter
of the welfare state to put her in her place.
But really any proper telling of this holy story
of the bus-born child and the girl who rocked her
brings the priest and the doctor

long before the yard signs and the
focus groups. For here’s the miracle:
we have a child not left behind.
A host of ordinary saints embrace
with great compassion the miracle
before their eyes, this fellow-traveler who dotes
upon her newborn, nestled in a crèche
between the seats. These put to shame
the glad-handing talking heads still chasing votes
in their long coats

with talk of census numbers, tax adjustments,
of sacrifice for everyone except themselves.
Ask the children now, and the neighbors,
with their noses pressed against
the glass – ask them if it matters
even slightly if some
stuffed up suit wields
the sword of morality. They’ll tell you:
every life is sacred, every fresh beginning,
every wave of hope a baby’s first cry yields
running over the fields.

My dad is one of the best writers I know.  He taught me about literary style and choice of words, persuaded me to read Orwell and sat with me as I hashed over early drafts of essays.  It was a labour of love, and no little patience, for him.  He’s my hero!   I hope a little of his example will spill over to the next generation as well.  I’m trying, anyway…

We’re sitting in the kitchen,
pouring over his latest essay.
I jump up from time to time
to stir the spaghetti, then flop
back down again at the small table.
It’s like this, son, I say, sagely.
The English language may be
compared to a well-stocked pantry.

A lot of words hang out on the
lower shelves, or in big barrels.
These are the staples, your common
or garden prepositions, nouns,
proper names, infinitives,
the odd gerund. You gotta use these
just to get through the day, they
won’t do you much harm and
for the most part they are
pretty good for you.

But then look a little further and
the shelves get more interesting.
Some words are sweet, which can be
pleasant in moderation, but I’ll bet
you know people who overdo it and
end up breathlessly waving their
hands up and down and popping
the same bubble-gum over and over.
Maybe one of them is a cheerleader.

Some words are poison. The obvious
ones aren’t so bad, because you know
right away just from the look of them;
but others are slow-acting carcinogens.
Steer clear, OK? I don’t care how much
they tell you words can’t hurt. They can.

Then there are the exaggerations,
the steroids of our mother tongue, which
pump up one’s discourse to impossibly
inflated states, while also exposing
one to secret ridicule, to say nothing
of awkward back hair at some future date
(metaphorically speaking, of course).
Play it cool. Don’t overstate your case, OK?

Finally, there is the F-word. Keep this one
handy at all times, but use it with care.
It is the essence of anise – just one drop
will infuse an entire pot of sauce.
I glance over at the stove. It is the
perfect complement to so many
situations, and there are times
when it is the only word that will do.
Anyone who tells you otherwise
is either a liar, or too scared to live
a little. Trust me. Now get lost,
Hemmingway, I’ve got work to do.

The spaghetti sauce boils over.
He goes back to his desk, sifting through
the elements of style, leaving me
alone with my thoughts, and the anise. 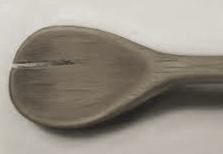 I had a note from an old friend this week, telling me about the path her life has taken over the past few years.  She talked about how difficult it can be to be “big” as a woman – strong, competent, opinionated, right about things (!), refusing to fit the mold shaped for her by her upbringing.  She is a trailblazer…

I am always so impressed at anyone who has the energy and courage to do this one simple thing: to be her- or him-self.  Often at great personal cost, at least until the landscape is rearranged.  For anyone doing the hard and holy work of being all they were made to be, this rondeau is for you.  Keep going!

Don’t break the rules, they told you. It is not
Appropriate for you to take the spot
We’ve given you and use it to engage
In things that undermine our heritage.
Don’t question things, don’t cry, don’t stir the pot

Unless you’re making casserole, or hot
Meals for your man. Think twice before you trot
Out your own ideas. Girls of your age
Don’t break the rules.

This dying band assumed that they could blot
Out such a force of nature with a shot
Of god and apple pie. But all the rage
They vented only proved you’re at the stage
You’ll not survive if you, bound by their knot,
Don’t break the rules.

How we got to Vegas

Looking back on it, we might have
thought twice before bringing a kid
blessed with agoraphobia
thirteen hours to the Grand Canyon.

It just never occurred to us.
Looking back on it, we might have
noticed the first signs of distress
when he stopped in the parking lot

at the South Rim and turned around,
striding away from the view, not
looking back at it. We might have
forced him to stay, but why go there?

Nature’s overrated, I said.
Let’s go to Vegas. So we did.
Did we have the best time ever?
Looking back on it, we might have!

To be honest, it’s not clear how you got this job.
Maybe you applied, maybe it just happened
to you like a piano falling out of a third story
window, jingling down black keys of destiny
on your incipient male-pattern baldness.

You try and learn how to love. For a guy that’s not
easy. Mostly all you have known is movies with
explosions and lots of cleavage. And now, all of a
sudden, you’re watching a tiny chest rising and falling,
speechless before one of the wonders of the world.

Over the years, you walk the wire like you own dad did.
Sternly setting your deckchair at strategic points on the
beach, sometimes for well-considered reasons, sometimes
just to prove that you are still bigger and wiser, and
that you do in fact exist and matter somehow in the universe.

But meanwhile there’s the constant undertow. The cloud
of unknowing pierced by unforgiving questions. The realization
that maybe you don’t understand at all. That all you have
succeeded in becoming is a carbon copy of your own father.
And in a way, you don’t mind. As long as the kid is okay.

But then comes the night. And you’re lying awake, listening.
Listening for the front door to open and close. Listening
for voices to tell you that actually nothing is wrong. Listening
to the vast silence. Listening to your baby crying, because
his whole body hurts and he doesn’t understand why.

Written for a prompt over at the wonderful Poetic Bloomings site.

The hand you are dealt 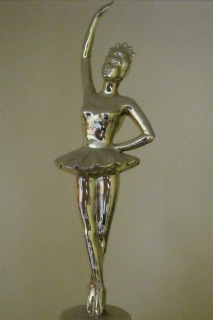 A good friend will cause you pain today. She
will not see why even if you try to
explain. You will think you are going mad.

You will wish to kill someone. Try not to.
Your other children will suffer enough
without you compounding things. Suck it up.

Try to avoid awards ceremonies.
Jealousy is ugly. Schadenfreude
is also to be frowned upon. Mostly.

Church will become the worst hour of your week.
You will spend the whole time praying no one
turns around. God will appear not to care.

There are no trophies for surviving.
You will not sleep well tonight, or ever.
You would not trade places with anyone.

(a fortune-cookie poem, originally written for a prompt from Robert Lee Brewer over at Poetic Asides)