On teaching (the ukulele)

(A short meditation on teaching, and talent, and the ukulele)

On teaching the ukulele

It has been said: those
who can, do; those who can’t, teach.
It sounds quite clever,

because, like all lies,
it has a kernel of truth.
But could it not be

said with equal force
that those who can, teach;
those unable to

relate to people
those trapped in brilliant minds
in supple bodies

blessed with absurdly
beautiful voices, they don’t.
They just do things, but

they can’t tell you how.
Give me a ukulele and a kid
and I’ll change the world.

To share with friends over at the wonderful dVerse Poets’ Pub.

Thank You For The Music 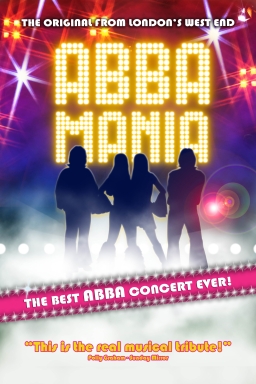 Every once in a while, a “tribute band” comes through town on a national tour. Last weekend, we hosted “ABBA Mania” – a two-hour show chock full of ABBA’s greatest hits. It was a great evening, and the crowd loved it.

It made me smile watching the performers getting ready for the gig, to see just what it took for them to transform themselves into Swedish superstars night by night. The wigs, costumes, makeup, accents. Not a lot of glamor when you’re sleeping on a tour bus traveling further than the equivalent of Oslo to Berlin for your next night’s gig. Here’s to the working musicians who bring a smile to our faces – unsung road warriors from Wales, London, Liverpool, and all points south of Scandinavia. We “make party” with you!

Thank You For The Music

We turned the stage white for them,
white as Swedish snow, as Cabot cheddar,
with a white drum kit, white piano
and a ridiculous white piano stool

At sound check, Agnetha wore yoga pants
and an off-the-shoulder dance top that
made no pretense of hiding anything.
The theater manager had to leave the room

Bjorn had a perfect blond perm. Between songs,
he talked alternately about rugby and pornographic
movies. He could really play the guitar, but
who cares. This was ABBA. And he was Welsh.

Anni-Frid seemed more mature than the rest.
She was saving her energy, but by god she
knew the dance moves. Unlike Agnetha , whose pants
were very tight. Did I mention she was from Liverpool?

And then there was Benny, a Londoner who
could play Super Trooper in his sleep. If you squinted,
you could imagine he was younger, with more hair.
All of them were incredibly polite to the sound man.

At showtime, they made party in Swedish accents,
and the crowd loved every plastic minute.
In the green room, a sheet of paper said simply:
Tonight: Travel 700 miles. Tomorrow: Atlantic City.

Give my regards to Jerry 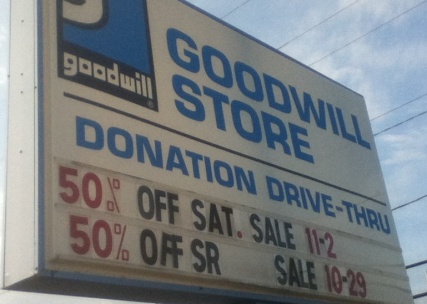 The monthly 50% off sale our our local Goodwill is a huge magnet for bargain hunters. It’s amazing the slice of life you can meet as you fight through the crowded aisles.

Give my regards to Jerry

I met the Grim Reaper at the
Goodwill on Main the other day.
He was going through the used CDs,
looking for stuff by the Grateful Dead.

It was all a bit awkward, the two of us
just standing next to each other in the
chaos of a fifty-percent-off sale. People
kept having to step over his sickle.

Eventually I said: “The Dead, man,
they’re pretty amazing. Ever see them live?”
He looked down at me with those hollow eyes
and whispered: “Oh yes! Many times.”

Not so long ago, I inherited a coat that had belonged to a far-flung relative.  I learned a lot about him from what I found in the pockets.  The more I learned, the more I appreciated the man.  I wrote this villanelle in his honor.

The coat is surely from his east coast days
those years in Boston no one talks about
when he untied the strings a thousand ways.

I find a matchbook from the nightclub BLAZE
unopened in a pocket – without doubt
the coat is surely from his east coast days.

I think of him on stage, the thick-breathed haze
above his head and how the crowd would shout
when he untied the strings a thousand ways,

so far from home, a farm boy in that maze
of all that drugs and rock n roll could spout.
The coat is surely from his east coast days

and now I smile to think of all the ways
he honored her along that sacred route
when he untied the strings a thousand ways.

I treasure every unstruck match that says
some people love home best by getting out.
The coat is surely from his east coast days
when he untied the strings a thousand ways.

Getting ready for a jazz gig this last weekend, I was surfing YouTube for versions of the old song “Making Whoopie.”  It wasn’t long before I found my way to that incredible New Year’s Eve scene from The Fabulous Baker Boys, with Michelle Pfeiffer performing the song on top of a grand piano while Jeff Bridges plays the accompaniment down below without ever looking up (until the end).  Stunning!  And very sexy.

So… in honor of Ms. Pfeiffer:

If I could, I would be
that piano, the polished
black mirror on which
you spin and flirt, scarlet
flame descending like a
red flag of challenge,
a demand of surrender
to all that the mind
can conjure if only
one could breathe in here.
I would be the smooth sable
bed on which you shake out
those long blond tresses
resting your head in a sultry
semi-colon just above the
questing hands of the man
who refuses to look up.
I would be the deep dark
joy enveloping your fabulous
red dress, the scarlet tease
in which you somehow refrain
from spilling all your secrets.
I would be the ebony, and the
ivory, on which you place one
outrageous blood-boiling
stiletto as you corkscrew
down to the bench, great
diamond clusters flashing
in the low spotlights, until
you rest your bare neck
against the willing quarry
you have trapped, your
head thrown back, lost
in this smoldering haze
of time and desire.
I would be the quivering
sound board, yielded
entirely to your voice,
thrilling to the midnight
promise of red and black.

To share with friends at the fabulous dVerse Poets Pub.

You took a risk

You took a risk last night
Standing up there alone
Where you slowly allowed
Your pure voice to strip bare
Defenseless to the crowd.

You took a risk last night
Wearing that shining dress
That caught each colored glint.
You could not help but shine
In that dim firmament.

You took a risk last night
Turning your face to us
As your soul fell apart.
You became translucent
Singing your broken heart.

You took a risk last night
And we loved you the more
For letting us hold you
Even for a moment
As a lover would do.

Mr Paganini goes on the tiles

(A silly fable written to a prompt over at the wonderful Poetic Bloomings site.)

As Paganini stumbled
Through the ancient stable door
His haughty countenance crumbled
Before the congregation on that floor.

Of cats! Their green eyes blinking
With a look so fierce and bright
That Paganini started thinking
They were spoiling for a fight.

The atmosphere grew bolder
As a Siamese stalked near
And jumped up on his shoulder
To whisper in his ear,

“It’s come to our august attention
That your musical career
Has caused too much pain to mention
For the members gathered here.

The bow you boast is magical
To spin music without fail
Is only fully functional
At the cost of a flowing tail,

While the singing strings you love to stroke
To drive the ladies nuts
Can only really be baroque
Thanks to someone’s mother’s guts!”

The violinist trembled
And sank down to his knees
Before all those assembled
Mewing pitifully, “Please!…”

But the angry crowd came forth in packs
With cries of “hiss!” and “neigh!”
And on a hundred hairy backs
They carried him away

Ten miles, before they cut him loose
With a note clear and nefarious:
“Leave off your animal abuse,
Or we’ll bust your Stradivarius!”

Next morning he awakened
In an empty country lane;
His night had left him shaken,
He swore he’d never drink again.

But just as a matter of careful course
After this nocturnal spat
He lavished sugar on his horse
And was nice to every cat.